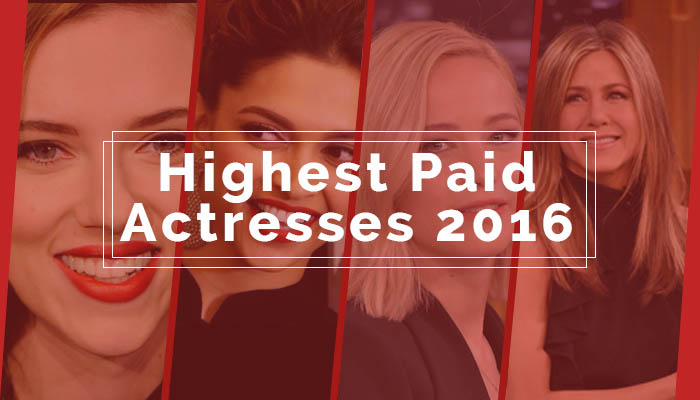 Regardless from traditional fight, let’s talk about women empower and their contribution in today’s world. It is not wrong to say that women are also earning on a good scale as male does. Following is the list of highest paid/ most expensive actresses, with the net rate that reaches even in billions.

Deepak Padukone is an Indian film actress. She is one of the highest paid actresses in world. This Padukone lady started her career from Hindi Films and received several Awards. In her teens, she played Badminton at national level. But soon she moves to fashion industry to peruse her career in modeling. Not only in India, Deepika is showing her acting skills across boundaries. She will be soon seen in a Hollywood movie with well know actor Vin Diesel.

Mila Kunis is an American actress. Before getting her big break she appeared in many TVshows and commercials. Her breakout film came in 2008 Forgetting Sarah Marshall, where she played as Rachel. Her other famous films are MaxPayne, Ted, Friends with Benefits, Oz the Great and Powerful.

Julia Fiona Roberts is an American actress and producer. Her big screen career starts from the movie Pretty Women. She won Academy Award for Best Actress and Golden Globe Awards three times. Throughout 90’s this lady was the highest paid actress in the world. She was paid US$140 for her acting skills in Mona Lisa Smile (2003). Her name has been listening eleven times in people’s magazine under the title of “50 Most Beautiful People in World”.

Amy Lou Adams is an American actress and singer. She started her career as a stage performer and soon featured herself in the movie Drop Dead Gorgeous. Amy made several appearances in television, commercials and B movies. She got nominated many times under the category of supporting roles for Academy Awards. She has also won two Golden Globe Awards. Her name is also listed in “100 most influential people” by Time magazine in 2014.

Charlize Theron is a South African and American actress and film producer. She has been starred in many Hollywood films, such as The Devil’s Advocate (1997), Mighty Joe Young (1998), The Cider House Rules (1999), The Italian Job (2003), Hancock (2008), A Million Ways to Die in the West (2014) and Mad Max: Fury Road (2015). She receives many critical views as a serial killer in Monster (2003). She is the first South African Academy Award winner. In 2016 her name is listed in “the most influence people” by Time magazine.

Fan Bingbing is a Chinese actress, TV producer and also a pop singer. She consistently topped the title of Forbes China Celebrity 100 in 2013, 2014 and 2015. This lady got fame in East Asia from mega-hit TV series My Fair Princess. Fan took part in many foreign language Films such as Stretch, My Way and X-Men: Days of Future Past. She is one of the highest paid actresses in the world. She has also get the title of fashion icon due to her frequent appearances on fashion shows, red carpet and movies premieres.

Jennifer Joanna Aniston is an American actress, businesswomen &a producer. She got her worldwide recognition from famous T.V show Friends. She played many comedy films and TV shows. Here box office hits include Bruce Almighty (2003), The Break-Up (2006), Marley & Me (2008), Just Go with It (2011), Horrible Bosses (2011), and We’re the Millers(2013). Aniston also received a star on “The Hollywood Walk of Fame”. She is the highest paid actress in Hollywood; her name is also listed in “world’s most beautiful women”.

Melissa Ann McCarthy is an American actress, comedian, writer, fashion designer and producer. She gained her first recognition from a T.V show called Gilmore Girls. She got nominated many times for her exceptional acting skills under many Award titles. She is also running her own production company called “On the Day Productions” with her husband Ben Falcone. In 2015 she received a star on the “Hollywood Walk of fame”.

Jennifer Schrader Lawrence is an American actress. She got her big break at the age of 14. Soon after she moved to Los Angeles and started her acting career in different T.V shows. Her first debut film was Garden Party. Lawrence achieves worldwide recognition in X-Men where she plays as Mutant Mystique. She has won many Awards in her career. Some of them are-
Academy Award for Best Actress for playing a depressed widow Silver Linings Playbook (2012)
BAFTA Award for Best Actress in a Supporting Role for playing a troubled wife in American Hustle (2013)
In 2016 Lawrence is one of the highest paid actresses in the world. Moreover, she is the youngest actress who has been nominated four times for Academy Awards.