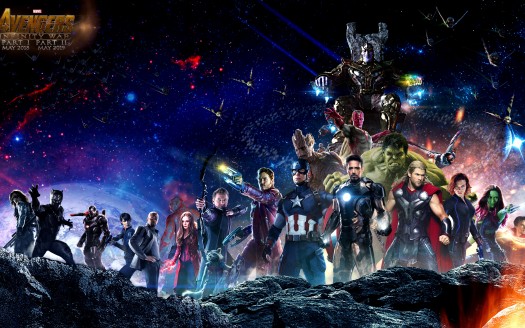 It’s the mid of the year 2018, Oscars have already taken place, over 500 Hollywood movies have been released, I think it’s the perfect time to list down some of the best Hollywood movies of 2018.

If you’re into watching genre-related movies there are anime movies, fantasy movies, spy movies, WW2 movies, marvel animated movies, mystery movies, top drama movies, modern classic movies and the list goes on. Everyone has a different taste of what kind of movies they like to watch. This following article would help you decide that without bothering google about what should I watch tonight? So grab some popcorn and get into your most comfortable pj’s because, one by one, you would want to cross these movies off your list… These are some of the movies, you NEED TO WATCH before you die:

The Shape of Water

If you’ve read the plot summary of this movie, you’re probably wondering ‘oh great, another giant monster movie’ or ‘who would want to watch this deaf woman fall in love with some weird looking alien thing’. But this movie is so much more than that. This film is not just about a minor falling in love with something unworldly but it is about acceptance and how someone you never know can complete you in a way no one else would.

This is one of the best drama movies of 2018. The great thing about this is that every character from protagonist to antagonist, somewhat feels empty inside and out of this emptiness, this one character named Eliza (Played by Sally Hawkins) feels like her void is being filled because of this creature (Dug jones) that doesn’t realize that she’s deaf and doesn’t even care because deep down, he’s filling his void through her too.

This movie is located in the 1960’s during the cold war when everything was going down but even with all of that, there was still one untold story. The visuals of this movie are really pleasing to look at, the colors explode off the screen and the cinematography is a pure form of art! So, If you haven’t already, This will probably be the best Sci-Fi movies you haven’t seen. I mean come on, the movie didn’t just win an Oscar for THE BEST MOVIE for no reason.  This is a great movie for couples so grab your partner and watch it!

Alright, so Marvel fans are literally screaming right now after hearing the name of infinity war. As the name suggests, this movie has infinite fun, infinite thriller and infinite suspense. I know, you might think this is a total exaggeration but it’s not. This movie is worth watching and it is one of the most watched movies of 2018.

If you’re not a Marvel fan, here’s a little follow up: THIS MOVIE HAS ALL THE MARVEL SUPER HEROES THAT EVER EXISTED! Except for (spoiler-alert) Ant-man and Hawkeye. In this movie, you will see so many characters bound to one screen that you’ll be like WHAT THE HELL IS GOING ON, but as the movie proceeds, the action seems to get more clear.

The best part of this movie is that how every character is subtly divided into its own team and every team has their own goals. Not to give any spoilers or anything but it is guaranteed that once the movie ends, you’ll be so shocked that you would want more. This movie has the best twist ending. It’s a very thought-provoking movie, Basically, Marvel: Infinity war is one of the movies you need to see.

Lady Bird is one of the most heartwarming movies ever. It’s a perfect combination of sweet and sour. This movie has it all, it has its upside and its downs. It’s laughing out loud moments and its tear dropping moments. Basically, this is the full package. You can’t have enough of this movie, Especially, if you’re a mother or if you’ve been through your teenage phase, you will relate to this movie at every moment.

The movie sets in Sacramento, (which is one of the most beautiful states of California), where a small family lives and within this small family, a stubborn daughter and her stubborn mother agree to disagree with everything. They fight, they patch up, they don’t listen to each other BUT, the strength of their bond never seems to break. Which is basically, the reality of every relationship. is a simple sweet comedy that would leave you to tears and laughter at the same time.

This auspicious movie is everything you need to know about the relationship between a mother and a daughter. You can judge the capability of this movie by reading the reviews, Rotten Tomatoes gave it a 99% rating based on 113 positive reviews! And the lead actress, Saoirse Ronan won an Oscar for the best actress. This is a total rewatchable movie. if you’re into clean comedy movies, this should be your choice. You can grab your mother’s or your best friends and watch this feel-good movie!

If you’re a Christopher Nolan fan, you’re probably already familiar with this movie. Dunkirk is one of the best movies for surround sound and visuals Christopher Nolan has always outdone himself and every time one of his movies comes out, he ALWAYS wins an Oscar for something. This time, he took a risk and made an experimental film. This film Dunkirk is as literal as it sounds. It’s about the events of Dunkirk from three different perspectives: land, air and sea. Honestly, this movie is a little hard to absorb for a normal person but it’s score music and visuals are so astounding that you’re forced to be indulged in the movie.

Being a period film, Dunkirk hasn’t failed in showing some of the most authentic parts of the event. From the dressing of soldiers to getting every detail right on the movement of the aircraft, everything was perfect and it was pretty obvious that good research was done on the movie.

The thrill of the movie is continuous throughout.  It is so aesthetically pleasing that you can’t look away or you won’t ever get bored. Also, with the great cast of Tom Hardy, Harry styles and Cillian Murphy, you see some outstanding acting skills being shown on the big screen as well.

The continuous struggle shown in the movie, it is easy to say that this is one of the best thriller movies ever made.

Although one Marvel movie is already mentioned and after infinity war, not a lot of people remembers this movie, this was still one of the best things about 2018. Black Panther, starring Chadwick Boseman and Michael B. Jordon, is the very first BLACK superhero marvel movie. It is one of the most epic movies ever! Except the fact that it’s the first black superhero movie, the movie has great grip on the cultural heritage of Africa.
Since black panther was already introduced in previous Marvel movie, Civil War, no one was expecting it to be this big of a deal. One of the greatest things about this movie is that, like any other Marvel movie, the antagonist took over the audience. Michael B. Jordan with his outclass acting skills and a mind-blowing physique took over the screen as he entered.

The movie has its own charm because of the way the director made the movie work. He kept in mind everything there was to be known about T’Challa and Wakanda and he maintained to keep the storyline intact along with all of those things. If you don’t have anyone who is into Marvel and you’re living in a box and haven’t watched this movie already, then it is the best movie to watch alone.

Since we’re discussing all the top trending movies of 2018, how could we miss this one movie that left everyone stunned in the theatres? This is one of the best movies with a twist. A Quiet place is not just a movie; it is a whole other world. John Krasinski and his wife, Emily Blunt really outdid themselves in directing and acting in this masterpiece.

Horror movies are really difficult to direct, but this one particular movie have left the audience in silence. The movie is so smartly executed, a normal family with three children, one of which is deaf, which is why, the family is able to communicate through sign language and hence, they don’t really have to make any noise while the monster tries to cause trouble.

The movie is consistent in tensing the audience. Since the movie doesn’t really have any dialogues, the score music is so mesmerizing and mind-boggling that you’re in complete thrill throughout the movie. In this movie, the camera work is praiseworthy, you can feel that every shot in this movie has been taken so carefully. If you’re into horror, suspense or thriller, this movie should be number one in your ‘horror movies I haven’t seen yet’ list. it is 100% recommended for you!

So, here were 6 of the most watched movies of 2018. Now you can easily decide which movie would be best for you to watch!