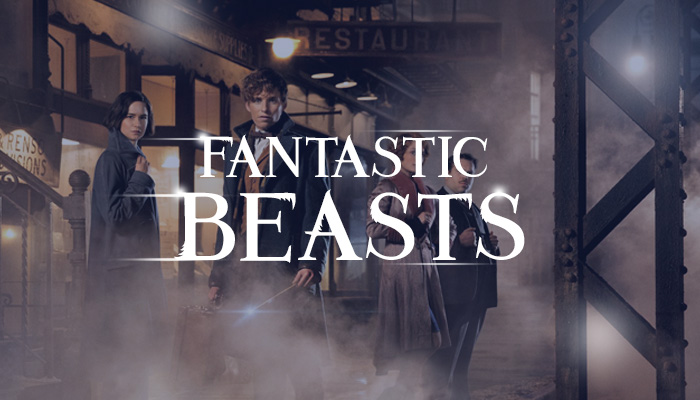 Fantastic Beasts and Where to Find them has created quite a buzz globally. Hence, it is not the latest addition to the Harry Potter franchise but for some, it is. The movie will be in the universe of Harry Potter and the Potterheads around the world are quite excited because of it.

There are many Harry Potter Easter eggs hidden in the trailer and some have decoded them even. As soon as the movie will be released, everyone will know what it is about. Moreover, the book Fantastic Beasts was released before and contains some really good references to the original Harry Potter franchise. Here are the Easter eggs we know about so far.

The shadow of Dumbledore in the movie is all around. He is physically not in it but those who have read the book, know that Dumbledore gave a starry introduction and praised Newt Scamander. He is an Ex-Hogwarts student and was thrown out of the school for endangering the students with his beasts. But Dumbledore spoke for him in the council and saved him.

Gellert Grindelwald was briefly introduced in Harry Potter and the deathly hallows but he seems to be the big bad villain in this movie. His story is closely related to Dumbledore as he came across the future headmaster’s path while searching for the Elder Wand in Godric’s Hollow. In this movie, Grindelwald is played by Johnny Depp which is certainly going to be well received by the fans.

Deathly Hallows, Lestrange Family and All the Magic Spells

The movie contains the heavy influence of Deathly Hallows which incorporated the twisted subplot of Collin Farell’s Grave. Along with this, the Lestrange Family appears to make a cameo in this movie because, in Newt’s suitcase, it can be seen that there is a photograph of Leta Lestrange. All the spells and scarves of Harry Potter are added in the movie as well.

Related Topics:Easter Eggs in Fantastic Beasts
Up Next