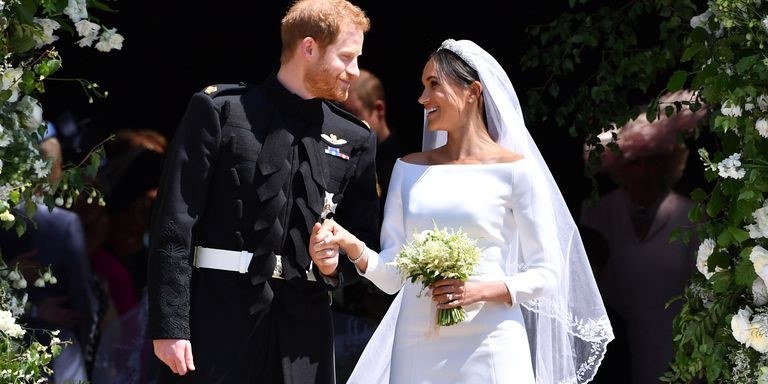 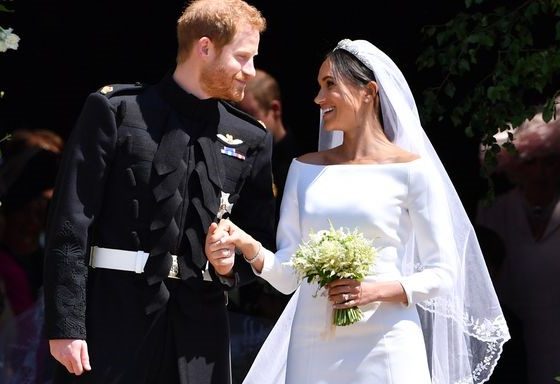 The wedding of Prince Harry and Meghan Markle is the talk of the hour. This year, the happy couple tied the knot and the newlyweds got nothing but love, appreciation and best wishes from people all around the world. However, Meghan had to go through a lot to marry the prince of her dreams (quite literally!).

Right after her engagement with Prince Harry, Meghan’s first marriage and divorce was a hot topic for everyone; never before a British royal prince had ever proposed to a divorcee! Some people were even quick to label Meghan Markle as a gold digger while others approved of the match wholeheartedly. Since all the new members of the royal family have to make some sacrifices in order to adjust according to the royal traditions, Meghan had to give up her acting career as well as her iconic role in the show, “Suits”.  Her devotion and love for Prince Harry along with her decision to quit acting was something which resonated with the general public and soon people began thinking if ‘Meghan Markle can replace Diana as people’s princess’.

We know for a fact that Diana was one of the most beautiful human beings both inside and out. Her death was mourned all over the world! Diana wasn’t your average princess who always lived by the rules. She was fierce yet kind, a trait highly appreciated by everyone except the royal family. Which is probably why she and Charles couldn’t make the marriage work. No matter how difficult the situations were, Diana was a true Princess and a force the whole world remembers.

Diana was known as the ‘People’s Princess’ because she contributed a lot to humanity and she was always able to connect with anyone no matter how rich or poor. Since Meghan has a similar track record with respect to her efforts for humanitarian causes, people are referring to Meghan Markle as the new People’s princess. Here are some of the things about the Duchess that makes people compare the two.

Diana actively participated in giving charities and showing her love and respect for people through advocating for a variety of causes. In 1987, Diana reportedly shook her hands with an AIDS patient without wearing gloves to eliminate the stereotype that AIDS can spread by touching.

Similarly, Markle also appeared at The Terrence Higgins Trust World AIDS Day Charity Fair, which is one of Diana’s main causes and let’s face it, it’s no coincidence that Markle’s very first charity after her engagement was THIS ONE.

Diana was known best for her love for humanity. She would travel around the world to help the poor and the needy. She was the patron of the HALO Trust ( an organization that helped remove landmines left behind because of war), she also became the patron of the Leprosy mission (An organization that provides medicine, treatment and other services to the people suffering from Leprosy. Other than that, she was a supporter of Centrepoint, a charity that provides accommodation for homeless and needy people.

On the other hand, Markle has been working with the United Nations Entity for Gender Equality and Women Empowerment. She has spoken about gender equality at events like One Young World Conference. She also travelled to Afghanistan and Spain as a part of United Service Organizations of Joint Chiefs of Staff Holiday tour. In 2016, she became an ambassador for World Vision Canada and travelled to Rwanda for Clean Water Campaign.

Both the women are mind-numbingly beautiful which is why they’re both seen wearing the same dresses and clothes over and over again. We remember how Diana used to casually dress up in jeans and shirts and look absolutely gorgeous and well, SO DOES MEGHAN.

Also, they both look quite lit in a black dress.

Red is definitely their color!

As we all know, when Diana and Charles got engaged, Charles gifted Diana one of the most beautiful diamond rings ever seen. That ring consisted of 14 solitaire diamonds surrounding a 12-carat oval blue Ceylon Sapphire set in 18-karat white gold.

On the other hand, Meghan’s engagement ring was designed by Prince Harry himself and he made sure to make something special out of it. He designed this ring with different stones and it consisted of two diamonds from Diana’s collection.

Meghan Markle has a way with the crowd. Before being a part of the Royal Family, she was an actress so she’s very much used to crowds. She has reportedly shaken hands with people while being with Prince Harry.

Although she isn’t allowed to sign autographs anymore (Royal family rules) she did sign a page for a patient saying her name, instead of signing her own name. Prince Charles does the same thing. Princess Diana was also like this. She used to shake hands with people in the crowds, pass them smiles and warmly welcome them by her generosity.

Even though Diana and Meghan are said to be similar in many ways, they still have their differences. For instance, Meghan’s wedding dress was completely different. She was married before. She and her first husband said they couldn’t make the marriage work.

Other than this, Markle’s wedding had a lot of family Drama. Meghan’s half brother and half sister did everything in their power to cancel the wedding but obviously, that didn’t work and Meghan’s father was so embarrassed because of this that he didn’t come to the wedding to walk her daughter down the aisle.

Apart from all the drama and problems, both Meghan and Prince Harry are happily married today and regardless of what people say, Meghan and Diana are two separate humans and if Diana was still alive today, she would have loved to see Meghan as her daughter-in-law.