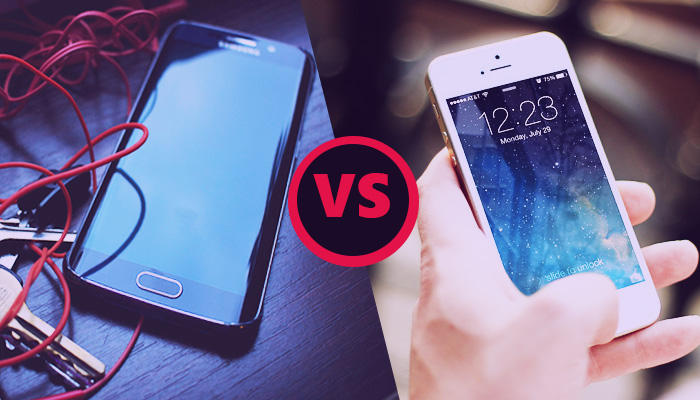 The battle of the smartphone has been raging on ever since the late Steve Jobs unveiled the first generation Apple iPhone 2G in 2007. A year later, the search engine giant launched the first Android phone HTC Dream, which was commonly known as the T-Mobile G1 in the US and some parts of Europe. The iPhone ran Apple’s proprietary mobile operating system iOS, while the Android OS is developed and supported by Google. The Android OS is currently the most popular operating system for smartphones in the world.

Ever since smartphones became more affordable and available for the masses, consumers have also become more confused regarding what kind of smartphone they should buy. Plenty of articles have been published in which experts shared their views on topics and debates like, ‘Should you buy an iPhone or an Android phone’ or ‘Top 10 VoLTE Mobiles’ and so forth. But, we will not be dwelling on that discussion here.

We will be discussing, what was the current market share of Android device and iPhone in 2016. New data from Gartner shows that the iPhone has been witnessing declined sales over recent quarters, and overall smartphone sales as a whole are in decline. Overall, numbers show that worldwide smartphone sales grew 4.3 percent year-over-year; while iPhone saw a 7.6 percent decrease in sales. Speaking of smartphone operating systems, both Android OS and iOS are continuing with their dominance.

Meanwhile, Apple experienced its worst decline in iPhone sales in Greater China and other mature markets across Asia and the Asia-Pacific region, according to Gartner. The decline rate was 26 percent year-over-year. However, in Sub-Saharan Africa, Eastern Europe, and Eurasia regions, Apple’s iPhone saw an increase of sales figures of over 95 percent year-over-year. But, the most interesting part of the Gartner report was about the growth rates of the mobile operating systems. According to Gartner, Android and iOS now command more than 99 percent of the smartphone operating system market combined. Unsurprisingly, Google’s Android is the lead, accounting almost 86.2 percent of the smartphone market. It’s an increase from 82.2 percent at the same period the previous year. Apple’s iOS hold 12.9 percent of the market.

Talking about the smartphone operating system market, Android surpassed iOS to achieve an overall 86 percent share in the Q2 of 2016. Android OS growth numbers continue to come from the sales of mid to lower-end smartphones in the emerging markets such as China and India. Premium to high-end Android smartphones such as Google Pixel or Samsung Galaxy lineup also saw a 6.5 percent increase in Q2 of 2016.