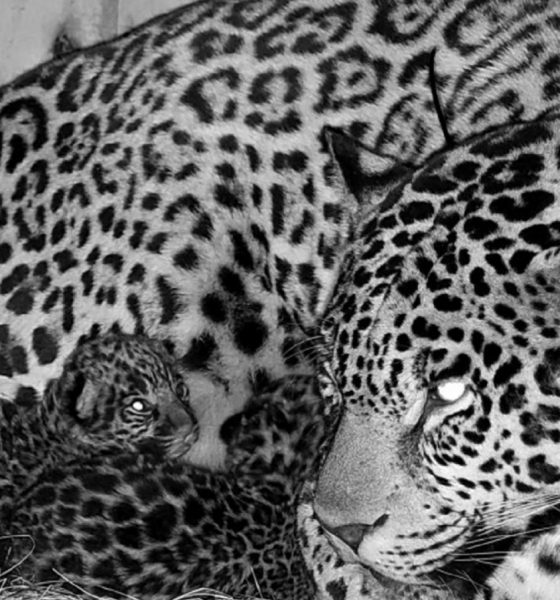 With the growth of deforestation and increase in the number of endangered species, a three-legged Jaguar gave us all hope for a better life for these giant cats. According to National Geographic report, wild Jaguars have decreased 40%. They are considered as ‘Near-threatened species’. There are approximately 15,000 Jaguars left all over the world, out of which, 200 live in Argentina.

Ibera is a national park of Argentina, where a pair of cubs were born to mother, Tania and father, Chiqui. The adorable baby jaguars are completely in love with their first-time mother, who has given us all a ray of light in saving these species.

Tania and Chiqui both have lived completely different lives, while Tania was born and raised in the Zoo, Chiqui was born in the wild and rescued later. Both the Jaguars were brought together by conservationists to be a part of the Jaguar reintroduction program so that they can mate and produce more like them.

The program was successful and two little cubs were born as a result.

Conservationists at the moment hoping that these not-yet-named cubs will grow to become like their mother and learn how to hunt so that they can be released in the wild and live a free life that they were intended to live. Tania is also doing quite well according to national geographic. She has nothing but love for her babies.

Conservationists will check up on the happy family from time to time and make sure they are able to live their lives without any human being harming them in any way. They want to give the Cubs a chance to grow naturally and learn everything their parents have learned.

7 Reasons Why Cats Are The Best Pets: